Is Jojo Rabbit’s Satire What We Need in Modern Society? 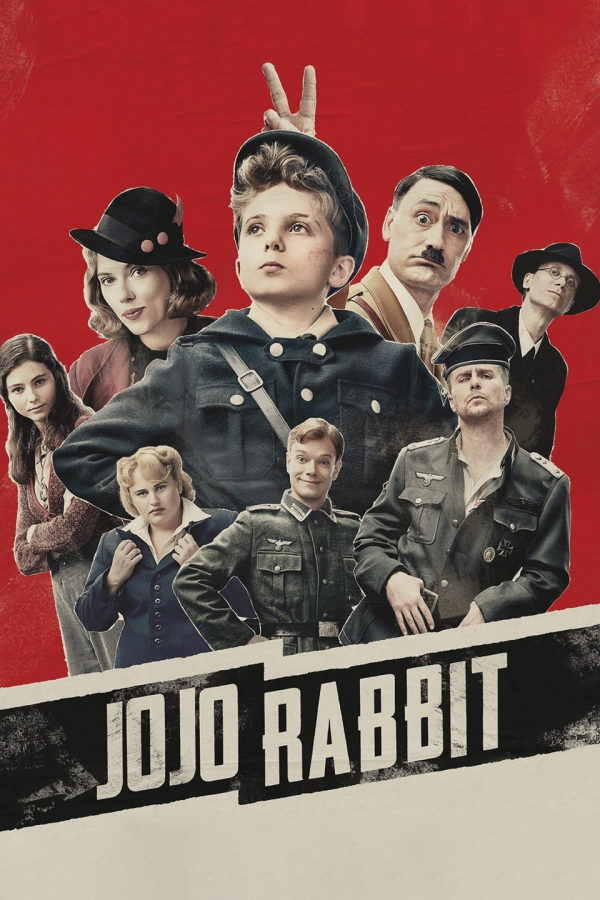 Jojo Rabbit premiered at the 2019 Toronto International Film Festival with mixed reviews. Rotten Tomatoes’ critic consensus says “[Its] blend of irreverent humor and serious ideas definitely won't be to everyone's taste—but either way, this anti-hate satire is audacious to a fault.”

Set at the end of the Second World War in the Third Reich, Taika Waititi’s Jojo Rabbit is a coming-of-age film telling the story of a ten-year-old Johannes “Jojo” Betzler (Roman Griffin Davis), a young boy who is a member of the Hitler Youth, living with his anti-Nazi mother, Rosie Betzler (Scarlett Johannson).

Jojo has an intense fervor for his country and his imaginary friend and Fürher, Adolf Hitler (Taika Waititi). At the beginning of the film, a boyish and slightly naïve Jojo attends a Hitler Youth training weekend. Jojo, the impressionable young Nazi he is, wants to be the greatest Hitler Youth at camp. This is challenged when two older boys test him on his pledge by ordering him to kill a rabbit. Jojo can’t do it, and the boys ridicule him by shouting “Jojo Rabbit.” He runs away, and Hitler tells him that rabbits have beneficial qualities in his vision of the Third Reich. The inspired boy then triumphantly runs back to prove his colleagues wrong, only then taking a grenade from a supervisor’s hand and injuring himself.

Recovering from his injuries at home, Jojo hears suspicious sounds upstairs. He finds a secret compartment, opens it, and discovers a young Jewish girl by the name of Elsa Korr (Thomasin McKenzie). Jojo agrees not to tell the authorities or his mother that he knows about Elsa, but he decides to interview her about the “secrets of the Jewish race” to write a book which, in his words, “will ultimately help the Nazis.”

The Americans and Soviets are now closing in on Jojo’s town. Everyone knows the war is about to end. With the war being over, Jojo rushes home to tell Elsa the news. Hitler confronts Jojo one last time, exasperated. Jojo kicks him out his window, ridding himself of Hitler, and subsequently his ideology once and for all.

Nazi satire is a large part of American culture. In 1940, Charlie Chaplin’s The Great Dictator made fun of and warned Americans of the dangers of fascism before the US was involved in World War II. In 1967, the Mel Brooks classic, the Producers came out with rave reviews and has since been adapted into a musical that has been produced on Broadway and the West End.

Jojo Rabbit’s comedy effectively tells the story without pushing the line. “I feel like if people don’t get the point of using humor to dismantle these regimes built on intolerance and hate, I’m wasting my time with the person I’m explaining it to,” said director, Taika Waititi in an interview with NPR. The comedy in the film is meant to show the audience the absurdity of Naziism and the regime in World War II and the continuation of hate in Neo-Naziism today.

With its inventive writing, exciting acting, and colorful cinematography, Jojo Rabbit is bound to win an Academy Award this season and is a must-see this year.