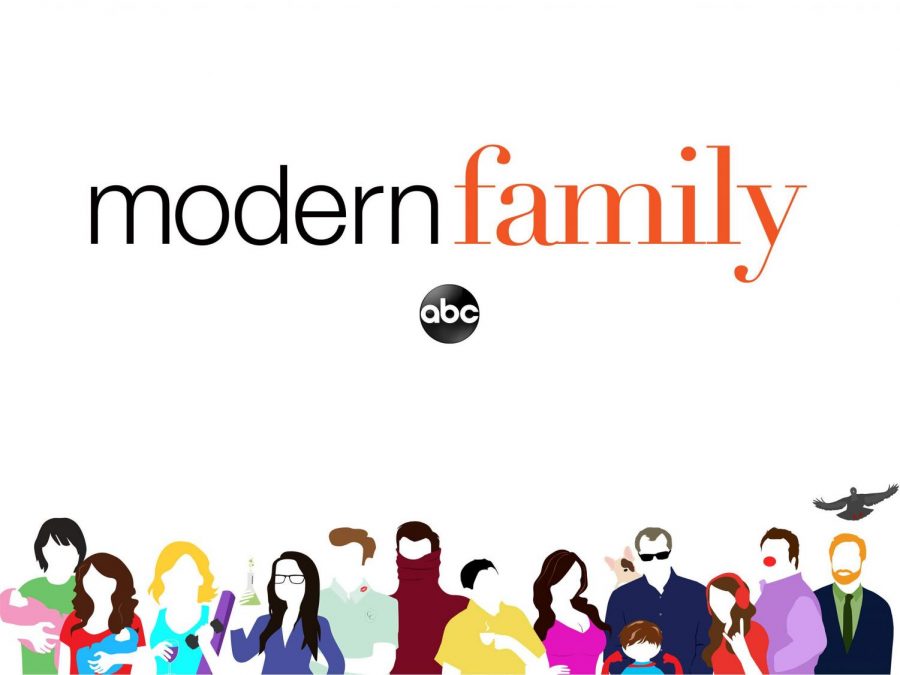 ABC’s Modern Family’s eleventh season premiered Sept. 25, 2019 to much anticipation. The show has been on air for ten years, and most fans are sad to see it go.

ABC’s Modern Family premiered Sept. 23, 2009 across the United States entertaining millions with much anticipation. The premise of the show is based around three different types of families (nuclear, step-, and same-sex) living in the Los Angeles-area, all related in some way through Jay Prichett, the patriarch of the family. This premise was ahead of its time and took the audience and the television industry by storm. In its run, Modern Family won 22 Primetime Emmy Awards.

Many students at BHS are sad to see the series end. “It was a show before its time,” said senior Makayla Bryant. “I can guarantee it will still be relevant after.” Modern Family premiered in the middle of the Second Golden Age of Television, which is known for its improvements in visual aesthetics and storytelling. We can see this in Modern Family with the mockumentary style employed to tell the story, and is also seen in other shows that premiered around the same time like The Office and Parks & Rec. As the name implies, mockumentary-style comedies mock the style of a documentary, often by showing action from a scene and then cutting to a character revealing their point of view to what just occurred.

“Anytime a director can show action from a character’s point of view, they immediately make it more accessible to the audience,” said A/V Practicum teacher Carrie Paulo. “The characters feel like neighbors and friends in a way unseen in modern television before its time— there had been a formality in the production values before.” The way the teleplay is written and the scenes are shot, Modern Family portrays its characters as someone you probably know in your life, not just a character on a sitcom. The audience is able to connect with each character on a personal level as they conduct their “interview.” This gives the show a balanced mix of first-person and third-person narrative.

“The thing I love most about Modern Family is its diversity,” said Bryant. “It’s a groundbreaking show; one that reaches and connects with multitudes of different people.”  Overall, Modern Family changed the television production game and changed the way we as a society think. A 2012 Hollywood Reporter poll concluded that 27% of voters said that television shows that featured LGBTQ characters, like Modern Family, altered their views towards pro-gay marriage. It and other shows like Glee, and Will & Grace also influenced voters in the 2012 presidential election by introducing them to minority characters that were a major topic in the election.

Sitcoms have always had the unique ability to beam ideas into our home for 20 minutes at a time.1  Whether it be I Love Lucy or The Andy Griffith Show inspiring us to be better people, or Modern Family informing us about Gay and Latino issues, sitcoms are a vessel to opening conversation about what it means to be a human in different settings.

How THE GOOD PLACE Redefines the Sitcom” by Skip Intro, https://www.youtube.com/watch?v=URXF9CF3M-k